Where the roads are paved with plastic (ABC News)

Plastic bags are a high-profile environmental problem, but an Indian businessman has seen the negative as an opportunity and is paving a path to the future. 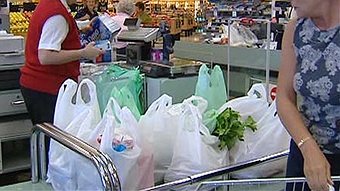 IN 2010, Clean Up Australia released its annual Rubbish Report and unsurprisingly, for the 16th year running, plastic won hands down as the predominant form of waste littering the country.

It’s not just Australia, but the entire world that’s struggling with how to combat pollution from plastic, given its long life.

But in faraway, Bangalore, India, they may have found a use for this scourge: roads.