In India, C-sections are in the stars (GlobalPost)

When’s that baby due? The astrologer knows 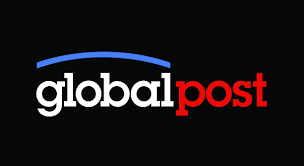 NEW DELHI, India — It’s the night before the Hindu festival Dussehra and Dr. Rishma Dhillon Pai is preparing for a long day come morning. One patient has already scheduled a cesarean section for the auspicious occasion, and another just checked in for the same, even though the hospital is officially closed for the holiday.

Dr. Pai, who is a consultant gynecologist at the Jaslok and Lilavati hospitals in Mumbai, and the first Vice President (Elect) of the Federation of Obstetricians & Gynaecologists of India, says the requests for elective C-sections shoot up during the festival seasons or on “auspicious” dates, such as the recent 09/09/09.

“Muhurat C-sections,” as they’re quickly becoming known (“muhurat” in Hindi means an auspicious time period), are part of a wider trend across Asia, in which tens of thousands of women are opting for surgical cesarean sections in the hopes of having babies on a date and time deemed lucky by their astrologers. Middle and upper class Indians, with access to some of the best health care in the world, are now increasingly opting for this highly controversial practice.