Killed for objecting to a coal mine (ABC News)

Environmental activism might get you arrested in Australia, but in India, where corruption, graft and hush money flow, it can get you killed. 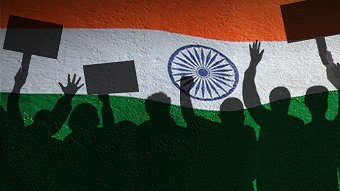 ON 15 NOVEMBER 2011, in a village in the Indian state of Jharkhand, a gang of 40 or 50 young men broke into the home of Sister Valsa John, a Catholic nun. She was famous locally because of her work supporting and educating the surrounding Santal tribespeople.

The Santal were also being bought out of their land by a coal mining project. Sister Valsa told the Santal they should not give up their land so easily and counselled resistance to the company’s plans. But according to Bishop Julius Marandi of Dumka, not all the villagers agreed with her ideas. The gang of men hacked her to death in her own home.