A few years ago when I was still in India, I got on a call with a potential client and the first question he asked me was, “Are you the same Mridu who lived in [Delhi neighborhood] a few years ago?”

I said, “Hmm, yes,” and racked my brain for how I might know this guy and why his name didn’t ring a bell for me.

“You used to dance on the terrace in the middle of the night,” he said.

Turns out, my potential client was dating the girl I lived next door to at the time. We shared a terrace and they’d see me outside their window at three in the morning just dancing, dancing in the rain.

It was the most difficult period of my life. But I was dancing.

I had forgotten that. 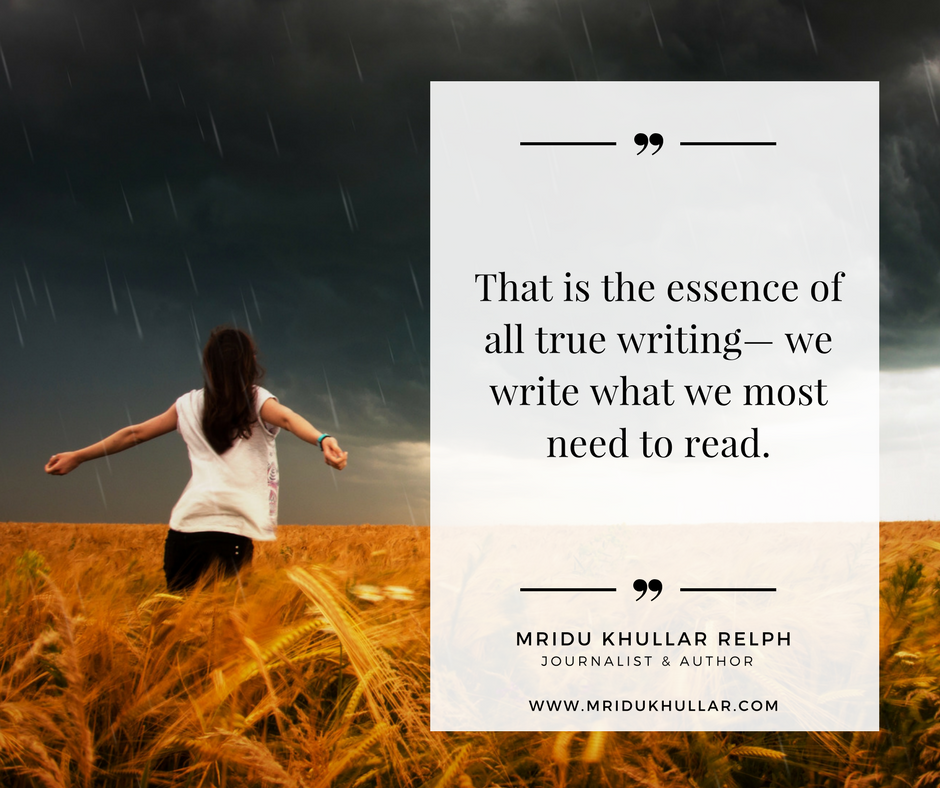 “I’m sorry, was I loud?” I asked him on the phone. It had been years ago but I was so taken aback, it’s the only thing I could think to ask.

I didn’t remember that either.

But as he spoke, it came back to me.

Six months prior to moving next door to this girl and dancing in the rain in the wee hours of the morning, I had been raped. They had told me what would happen to “girls like you”— Indian girls who chase autonomy and independence— and it had happened.

Yet, there I was. Happy.

A month before moving into this little one-room apartment with the shared terrace, I had gone to a mountaintop to kill myself and instead, had met three amazing men who had shown me not only how to live, but how to love, express my creativity on my own terms, and say fuck you to a world that didn’t want to honor my desire for freedom and choice.

I was happy because no matter what shit I had still to wade though, I was, at the time I was dancing on that terrace, free.

At age twenty-five, free for the first time in my life.

The worst had happened. The warnings and veiled threats had come to fruition. I had been broken and there was nothing they could do anymore to break me further. There was no further rock bottom to get to.

I could finally become who I wanted to be because I was fearless. I had lost everything, including family, friends, and my own dignity, and with absolutely nothing more left to lose, I had everything to gain. I could write anything, be anyone, do whatever and it would make no difference. I was already lost and written off as far as my culture and society were concerned, and I had no one left to please.

Rock bottom can be a cage. But it can also be a place of pure freedom and release. That’s what no one tells you. If you’re lucky enough to get to rock bottom and survive, you discover your values and desires with a clarity that guides every action for the rest of your life.

I realized on the phone with my former neighbor’s boyfriend that day that I didn’t dance anymore. That I wasn’t fearless anymore. That since I had gotten up, dusted myself off and not only left behind rock bottom, but soared both in my professional and personal life, I had, once again, gained something of value and that I had become afraid of losing it. And that this was ridiculous because the people I most loved, the people I worried about losing— my husband, my child, and my new friends— are the people I am the most honest with, the ones who encourage me to be me, to speak my truth, to do whatever I damn well please.

That day I started dancing again. I started sharing more parts of my story, and I started opening myself up to the fear and allowing myself to write regardless of it. I decided to finally finish the novel and write the damn rape scene that I hadn’t been able to face for many years. I remembered not only the fearless person I had once been but the open and honest person I wanted to continue to become now.

I wrote the scene. I finished the novel.

That is, after all, the essence of all true writing— we write what we most need to read.

That, in the end, is why writing is so difficult. It is a battle between the things you need to say but don’t want to. The emotions you want to explore but resist having to face. The pain you know you need to experience in order to tell the truth about it, but the knowledge that this pain will leave you a wreck.

I am learning how to get through it. I get better at it each day.

I allowed myself to be silenced for ten years.